Birth of a New Revelation 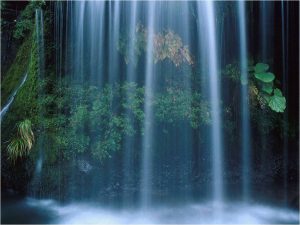 Bahá’u’lláh’s mission began in a subterranean dungeon in Teheran in August 1852. Born into a noble family that could trace its ancestry back to the great dynasties of Persia’s imperial past, He declined the ministerial career open to Him in government, and chose instead to devote His energies to a range of philanthropies which had, by the early 1840s, earned Him widespread renown as “Father of the Poor.” This privileged existence swiftly eroded after 1844, when Bahá’u’lláh became one of the leading advocates of a movement that was to change the course of His country’s history. The early nineteenth century was a period of messianic expectations in many lands. Deeply disturbed by the implications of scientific inquiry and industrialization, earnest believers from many religious backgrounds turned to the scriptures of their faiths for an understanding of the accelerating processes of change. In Europe and America groups like the Templers and the Millerites believed they had found in the Christian scriptures evidence supporting their conviction that history had ended and the return of Jesus Christ was at hand. A markedly similar ferment developed in the Middle East around the belief that the fulfillment of various prophecies in the Qur’án and Islamic Traditions was imminent. By far the most dramatic of these millennialist movements had been the one in Persia, which had focused on the person and teachings of a young merchant from the city of Shiraz, known to history as the Báb. For nine years, from 1844 to 1853, Persians of all classes had been caught up in a storm of hope and excitement aroused by the Báb’s announcement that the Day of God was at hand and that He was himself the One promised in Islamic scripture.

Humanity stood, He said, on the threshold of an era that would witness the restructuring of all aspects of life. New fields of learning, as yet inconceivable, would permit even the children of the new age to surpass the most erudite of nineteenth-century scholars. The human race was called by God to embrace these changes through undertaking a transformation of its moral and spiritual life. His own mission was to prepare humanity for the event that lay at the heart of these developments, the coming of that universal Messenger of God, “He Whom God will make manifest,” awaited by the followers of all religions. The claim had evoked violent hostility from the Muslim clergy, who taught that the process of Divine Revelation had ended with Muḥammad; and that any assertion to the contrary represented apostasy, punishable by death. Their denunciation of the Báb had soon enlisted the support of the Persian authorities. Thousands of followers of the new faith had perished in a horrific series of massacres throughout the country, and the Báb had been publicly executed on July 9, 1850.

In an age of growing Western involvement in the Orient, these events had aroused interest and compassion in influential European circles. The nobility of the Báb’s life and teachings, the heroism of His followers, and the hope for fundamental reform that they had kindled in a darkened land had exerted a powerful attraction for personalities ranging from Ernest Renan and Leo Tolstoy to Sarah Bernhardt and the Comte de Gobineau. Because of His prominence in the defense of the Báb’s cause, Bahá’u’lláh was arrested and brought, in chains and on foot, to Teheran. Protected in some measure by an impressive personal reputation and the social position of His family, as well as by protests which the Bábí pogroms had evoked from Western embassies, He was not sentenced to death, as influential figures at the royal court were urging. Instead, He was cast into the notorious Síyáh-Chál, the “Black Pit”, a deep, vermin-infested dungeon which had been created in one of the city’s abandoned reservoirs. 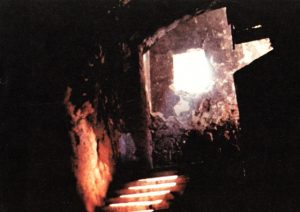 No charges were laid but He and some thirty companions were, without appeal, kept immured in the darkness and filth of this pit, surrounded by hardened criminals, many of them under sentence of death.

Around Bahá’u’lláh’s neck was clamped a heavy chain, so notorious in penal circles as to have been given its own name. When He did not quickly perish, as had been expected, an attempt was made to poison Him. The marks of the chain were to remain on His body for the rest of His life. Central to Bahá’u’lláh’s writings is an exposition of the great themes which have preoccupied religious thinkers throughout the ages: God, the role of Revelation in history, the relationship of the world’s religious systems to one another, the meaning of faith, and the basis of moral authority in the organization of human society. Passages in these texts speak intimately of His own spiritual experience, of His response to the Divine summons, and of the dialogue with the “Spirit of God” which lay at the heart of His mission. Religious history has never before offered the inquirer the opportunity for so candid an encounter with the phenomenon of Divine Revelation. Toward the end of His life, Bahá’u’lláh’s writings on His early experiences included a brief description of the conditions in the Síyáh-Chál.

We were consigned for four months to a place foul beyond comparison.… The dungeon was wrapped in thick darkness, and Our fellow-prisoners numbered nearly a hundred and fifty souls: thieves, assassins and highwaymen. Though crowded, it had no other outlet than the passage by which We entered. No pen can depict that place, nor any tongue describe its loathsome smell. Most of these men had neither clothes nor bedding to lie on. God alone knoweth what befell Us in that most foulsmelling and gloomy place! 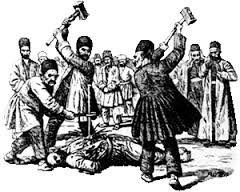 Each day the guards would descend the three steep flights of stairs of the pit, seize one or more of the prisoners, and drag them out to be executed. In the streets of Teheran, Western observers were appalled by scenes of Bábí victims blown from cannon mouths, hacked to death by axes and swords, and led to their deaths with burning candles inserted into open wounds in their bodies. It was in these circumstances, and faced with the prospect of His own imminent death, that Bahá’u’lláh received the first intimation of His mission:

One night, in a dream, these exalted words were heard on every side: “Verily, We shall render Thee victorious by Thyself and by Thy Pen. Grieve Thou not for that which hath befallen Thee, neither be Thou afraid, for Thou art in safety. Erelong will God raise up the treasures of the earth—men who will aid Thee through Thyself and through Thy name, wherewith God hath revived the hearts of such as have recognized Him.”

"Tabernacle of unity hath been raised; regard ye not one another as strangers. Ye are the fruits of one tree, and the leaves of one branch." Bahá’u’lláh